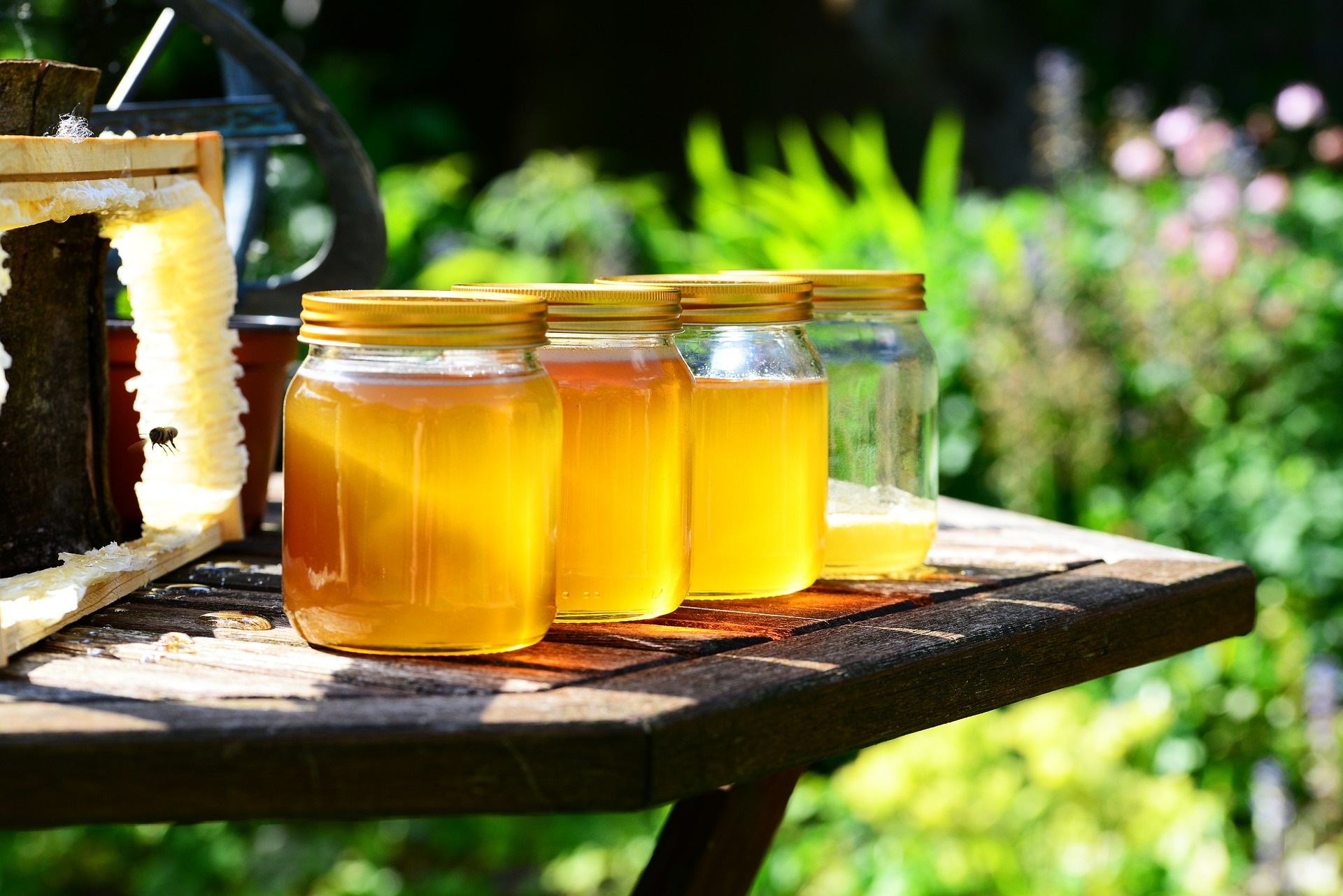 Produced by the honeybee from the nectar of flowers, honey is a sweet substance with a syrup texture. People tend to use honey as a spread or sweetener. Honey, as a substance, is comprised of approximately 80% glucose, approximately 20% water, pollen, fructose, mineral salts and wax which are combined together in the automatic filling process when the honey is finally ready to be bottled and shipped out to suppliers. The composition and colour of the honey is dependent on the flower supplying the nectar. For instance, the clover and alfalfa produce honey with a white colour; whereas, honey from heather is a reddish-brown. Honey created from lavender has an amber appreciate, and the sainfoin or acacia plant produces a substance with a straw colour.

The average honeybee colony produces between 60 and 100 pounds of honey each year, which is equivalent to 27.2 and 45.4 kilograms. A bee colony is divided into a tier system that organises the duties of the insect. One queen, 2,000 drones and approximately 65,000 workers exist in a hive. Worker bees have an average lifespan of three to six weeks where they collect approximately one teaspoon of nectar. A pound of honey needs four pounds of nectar to be produced, which is equivalent to nectar from two million flowers.

What Is The Manufacturing Process Of Honey?

The first step to manufacture honey involves removal of the honeycombs from the hive. Beekeepers perform this task wearing protective gloves and a veiled helmet. Once the bees in the honey chamber discover they are separated from the queen, they move to the brood chamber using a hatch; however, they do not re-enter the honey chamber. A board is inserted between the chambers to separate the worker from the hive allowing the beekeeper to remove all honeycomb. This can take approximately two to three hours.

The suitability of the honeycomb is tested by shaking the item. If honey spurts from the honeycomb, it will be reinserted to the chamber for several more days. On average, one-third of all honeycombs remain in the hive to feed the honeybees.

#2: Transport Of The Honeycombs

Approximately two-thirds of all honeycombs extracted are transported from the chamber that is free of bees. The honeycomb is placed in a transport box for relocation. To obtain the honey, a beekeeper scrapes the cap of the honeycomb on both sides using a long-handled form and the substance is placed in a capping tray.

#3: Inserting Honeycomb Into The Extractor

The third step in creating honey is inserting the scraped honeycombs into an extractor – a large drum used to draw out honey using centrifugal force. As the extractor spins, all honey is drawn from the honeycomb. The stirred honey is then poured into large drums and sent to commercial honey distributors.

How Is Honey Processed And Bottled?

Once the commercial distributors, it is placed into tanks that are heated to approximately 120 degrees Fahrenheit or 48.9 degrees Celsius. The heating melts all crystals in the honey over a period of one day.

Once crystals are melted in the substance, the honey is flash heated to 165 degrees Fahrenheit or 73.8 degrees Celsius. It is then filtered using paper and flash cooled to 120 degrees Fahrenheit or 48.9 degrees Celsius. This process is performed quickly in approximately five to seven seconds. Once the honeybees in the honey chamber realise, they are separated from the queen, they start to move through a hatch allowing re-entry into the brood chamber. They will not re-enter the honey chamber.

While the filtering procedure removes some of the healthy properties related to honey, it does produce a preferable bright-coloured substance. Approximately 5 percent of the honey is left unfiltered. Unfiltered honey is cloudier and darker than the strained option.

After filtering, the honey is placed into cans or jars for shipment to industrial and retail clients.