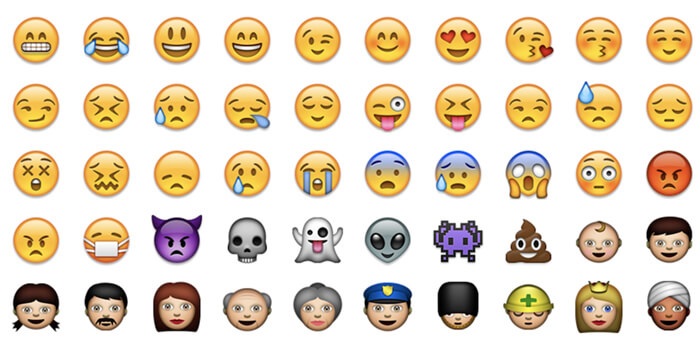 Emoji gives us the opportunity to express our anger and hatred online. Thousands of social media account holders show their emotions on messages and tweets by employing various types of anger-related emojis. Perhaps, they have an intended recipient on their mind, or they just need a platform to spill their emotions. Whatever it is, including an appropriate emoji is a big help. It will serve as the representation of your current mood.

Passive-aggressive emojis can be confusing to some, but they can be the source of satisfaction for the senders when appropriately used. Some social media users can find a sense of comfort and contentment when they employ some of their favorite passive-aggressive emojis to their texts full of hatred. Take a look at these most-used emojis with their common interpretation and proper uses.

A fist emoji, also known as the oncoming hand emoji, portrays someone’s closed fisted hand, ready to punch someone. Perhaps, it is because of anger in response to unfair criticism. The emojis is available on various platforms. However, there is no equivalent left-hand version available.

A fist emoji can be used if you want to fully express your anger to someone who shows mistreatment towards you. It can be a good indication that you are being offended and capable of returning their unfair deeds. It can also be used as a joke response to your group of friends.

This is one of the most used embodiments of aggression. The emoji seems glad and friendly at first glance, but it looks creepy and confusing when you take a closer look. Perhaps, you pissed off someone without realizing it. Thus, if you received a message with some of these emojis, better ask the sender why and think for possible causes.

A head-rub girl emoji portrays someone’s annoyance or great distress. Suppose you are too tired of your school projects and consecutive activities and want to tweet something about the stress you are facing. In that case, the emoji can make your post more truthful and even engage more social media audiences. It shows that you need some relaxation or even for some actual head massage. Who knows, someone may offer that to you for entirely free.

Since the real gun emoji usage has been discontinued for some reason, you can still express your passive-aggressive side by using a squirt gun emoji. It may look nonsense and cute, but when someone pisses you off and wants to show how affected you are, a squirt gun will work.

This may not be the usual emoji for showing hate and annoyance, but a thumbs-up emoji or also known as an okay hand can be used as a sarcastic reply to someone’s offending jokes about you. You can fully express your lowkey-aggression to someone by sending these emojis.

Thus, next time when you are offended, don’t just use those obvious passive-aggressive facial expression emojis; you can use this to show your unwillingness to make a debate to that nonsense misjudgments about you.

Despite its friendly sentiments, a slightly smiling face emoji can be used for expressing annoyance and even your sarcastic side. With its closed thin smiling lips and open eyes, you can directly determine what the sender is trying to convey. This is a great way to say that you are perfectly fine, even if you are actually not.

A door emoji is not just a simple connotation of a literal door found in houses. This can also mean someone’s threatening side. The door may portray that you may leave someone’s life after saying a bad joke or negative criticisms about him. It can be a metaphorical symbol of ‘goodbyes’ by closing the door.

Without questions, this is one of the most used and noticeable emojis of showing your anger toward someone, or even a particular situation. An anger symbol is usually used in Anime films, series, or manga, indicating a popping vein in the character’s forehead. It is often accompanied by onomatopoeic words like ‘boom’ and ‘pow.’

It does not just portray relaxation, but a hot spring emoji may also indicate that your blood pressure is getting up due to particular reasons. You may tell your partner, friends, classmates, or colleagues about your current mood situations by sending some of these emojis.

Passive-aggressive emojis are available on your devices and free to use. You just have to explore them and determine their proper usage. There will be particular moments where we badly need their presence to express our current mood and situations fully. Sometimes, we are empty; we don’t have a single idea of what’s going on in our heads. A simple glance at these emojis might help to identify our current emotions.